Email ThisBlogThis!Share to TwitterShare to FacebookShare to Pinterest
Labels: अमेरिका 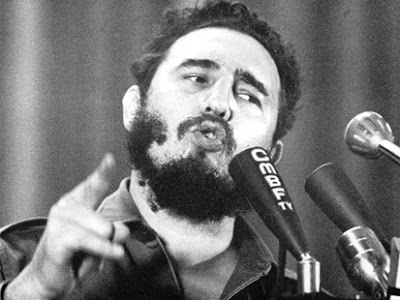 Ignoramuses of the Hindutva Brigade ?

Well, how much time does it take to read a lesson meant for a textbook. Let us suppose a few minutes... may be an hour or so ! And how much time does one need to comprehend the same. ...Well, for lesser mortals like us, it does not need any extra time ; but when it comes to some special people with special agendas then perhaps it can take 4-5 years.
If you find this to be an exaggeration, then perhaps you are not reading the newspapers properly. Perhaps it is high time that you get to know the recent controversy around a textbook brought out by the NDA government in Orissa. One can just imagine that if it would have been any other state ruled by the 'pseudo secularists' then by now a full scale violent agitation would have seen the light of the day with all the affiliated organisations of the Sangh Parivar, lending their support. Unfortunately it is not the case. And the person in charge of education department is none other than Mr Samir Dey, a hardcore RSS pracharak from his early days.
A leading mainstream daily recently gave an insight into the matter. In its report on its front page captioned 'In NDA Orissa, a textbook equates BJP with Lashkar' (Indian Express, Delhi, 2 nd February 2007) it tells us about the manner in which a textbook on 'Indian Polity' for second-year degree students in Orissa clubbs Lashkar-e-Toiba with BJP. According to the report
The chapter on the 'Existence of Terrorist Organisation' says : "Terrorist organisations create tension in the country. Communal parties like the BJP, RSS, Bajrang Dal, Hurriyat Conference and Lashkar-e-Toiba are responsible for fomenting violence..leading to the killing of hundreds in the country and especially Kashmir."
It is worth noting that the said textbook - which is written by Amarendra Mohanty and Shyama Charan Mohanty, teachers of political science has been taught since 2003. The matter could come to light only after a BJP worker in Salepur, about 60 KM from the state capital, noticed it and lodged a FIR. As of now an embarrased government immediately announced a monitoring commitee to screen all textbooks and BJP workers took to the streets and burnt copies of the book.
Looking at the fact that the Sangh Parivar - which is hell bent upon making Orissa the second Hindutva Laboratory - has egg on its face a la this episode, it can be presumed that the whole matter would be hushed up. But the issue does throw light on the mental abilities of the plethora of activists of the Hindutva brigade who needed around five years to notice this 'discrepancy' in the textbook.
Of course it is not for the first time that Sangh Parivar or one of its affiliated organisation was forced to withdraw a book published under its own supervision. A look at one of their own publications brought out on the occasion of the silver jubilee celebrations of the BJP illustrate this in no uncertain terms. As reported in a national daily (Indian Express, 9 th May 2006) :
Mystery surrounds the sudden withdrawal of one of the 16 volumes of an official account of the Jana Sangh-BJP history, four months after it was released as part of the silver jubilee celebrations in Mumbai. The series, written by historian Makhan Lal under the supervision of senior BJP leader J P Mathur, carry a foreword by Leader of the Opposition in the Lok Sabha L K Advani.
While the sudden withdrawal of one volume titled RSS Aur Bharatiya Jana Sangh Ki Sthapana Ka Itihas (The History of Creation of the RSS and Bharatiya Jana Sangh) appears bizarre, till date one has yet to get any official explanation from the BJP about its action. Looking at what Ram Madhav, the ex spokesperson of the RSS had to say, it can be inferred that the Parivar people felt agitated over the admission in the book that both RSS and the Bharatiya Jan Sangh, the predecessor of BJP, were set up as anti Muslim forces.

Apart from the genesis of the RSS (and Bharatiya Jan Sangh) the Sangh bosses seem to be annoyed with references which according to another report (The Telegraph, May 10, 2006) 'contains references that are too anti-Muslim even for the RSS.' The references to Mahatma Gandhi where the book peddles the conventional wisdom in the Hindutva Brigade that 'the origin of "minority-appeasement" was in Gandhi's attitude towards the Muslims' has also been found unpalatable to the Sangh fraternity. It is clear to everyone that of late it seems to be cosying up to the Mahatma, including him even as one of its Pratahsmaraniya (worth remembering in the morning).
May it be the case of the Oriya textbook or for that matter the withdrawal of a volume four months after release such foolish attempts by the Hindutva brigade people pale in significance if one gets to know the manner in which a whole book by its second supremo, M.S. Golwalkar was surreptiously withdrawn.
It is common knowledge that the first of Golwalkar's theoretical contributions for the cause of Hindutva had appeared in the form of a pamphlette called 'We or Our Nationhood Defined' ( 1938) which was so straightforward in his appreciation of the 'ethnic cleansing' of Jews undertaken by Hitler and such an unashamed proponent of the submergence of 'foreign races' in the Hindu race that later day RSS leaders have tried to create an impression that the said book was not written by Golwalkar but it was merely a translation of a book 'Rashtra Meemansa' by Babarao Savarkar.
A quote from the 77 paged book would be opportune at this moment.
"The foreign races in Hindusthan must either adopt the Hindu culture and language, must learn to respect and hold in reverence Hindu religion, must entertain no idea but those of the glorification of the Hindu race and culture, i.e., of the Hindu nation and must loose their separate existence to merge in the Hindu race, or may stay in the country, wholly subordinated to the Hindu Nation, claiming nothing, deserving no privileges, far less any preferential treatment — not even citizen's rights. There is, at least, should be, no other course for them to adopt. We are an old nation; let us deal, as old nations ought to and do deal, with the foreign races, who have chosen to live in our country".
It is a different matter that in his Preface to We or Our Nationhood Defined dated March 22, 1939, Golwalkar himself described Rashtra Meemansa as 'one of my chief sources of inspiration and help. The American scholar Jean A. Curran who did a full length study on RSS in early fifties, in his sympathetic book, Militant Hinduism in Indian Politics: A Study of the RSS (1951) confirms that Golwalkar's 77-page book was written in 1938 when he was appointed RSS General Secretary by Hedgewar and he calls it as RSS's 'Bible'.
Coming back to the Oriya textbook it is being learnt that the said committee formed by the Chief Minister would look into the legal aspects and act against the publishers. A spokesperson of the BJP has even demanded arrest of its authors.
All empty words.
Perhaps they learn that instead of following their agenda of hate and targetting their ire on innocents they learn the essence of harmony. Only then it would be possible for them to read as well as comprehend in a better manner, at least they would be saved from the disgraceful revealation that they need around five years to understand an article.
--subhash gatade
H 4 Pusa Apartments, Rohini Sector 15, Delhi 110085 Ph : 011-27872835 email : subhash.gatade@gmail.com
Posted by Ek ziddi dhun at 7:30 PM No comments:

Condemn the Assault on Freedom of Expression

The growing intolerance of the saffron outfits towards anything which does
not meet their distorted worldview was on display once again. This time the
target of their assault was Shubhradeep Chakravorty's recent documentary on
encounter killings in Gujarat titled ' Encountered on Saffron Agenda'.

Shubhradeep, who is a New Delhi based documentary filmmaker, has made the
much discussed 'Godhra Tak : The Terror Trail'. The recent documentary which
was shot in seven states, is based on investigative documentation of few
encounter killings in Gujarat in recent times. A significant commonality
between all these encounters was that those killed in these encounters were
said to have on a mission to kill the Chief Minister Narendra Modi who had
allegedly organised the 2002 genocide of Muslims in the state after Godhra
train burning incident.

Yuva Samvad, an organisation of Youth had organised the screeing of the
documentary on 7 th February at AICUF Ashram, Bhopal. Shubhradeep was also
present on the occasion to participate in the ensuing
discussion.Thescreeing of the documentary was supposed to start at 7
p.m. but before it could happen a horde of Bajrand Dal activists numbering
around 70 came to the venue and disrupted the show.

Police also refused to give any protection to the programme and in fact took
the Delhi based director of the film along with an activist of Yuva Samvad
to their control room. It compelled the organisers of the programme to call
off the screening despite the fact that the film does not come under the
'banned' category. The Bajrang Dal activists also entered the office of the
Ashram and threatened the authorities there. Police remained a mute
spectator to the whole developments.

It is for everyone to see that this assault on freedom of expression was
another sign of the growing fascist dominance in the state of Madhya Pradesh
where unruly saffron crowd is calling all the shots and administration is
acting as a mere spectator.

It is high time that every peace, justice loving person raise their voice in
unison to condemn such acts and express our total solidarity with people who
are struggling against such forces.


(For any further details about the incident contact yuvasamvad@gmail.com )
Note- I received this matter from Subhash Gatade
Posted by Ek ziddi dhun at 6:52 PM 1 comment: